Every summer since 2014, we’ve let the next generation of creatives take over our studio for a week of Creativity Camp.

Best and Biggest Ever

This year’s Creativity Camp was the largest one we’ve ever had, with 19 campers. For the first time, we had to create a waiting list because we reached our maximum capacity.

Applying the theme of storytelling with music video, the campers got to experience a real-life work environment. They utilized professional equipment and collaborated to meet a five-day project deadline. This year’s campers were very committed to working together as a team and producing high-quality work.

Music Video: Hope in Front of Me

As with every Creativity Camp, we taught the four roles of the creative process. The campers then immediately applied the process to their team project.

One of the campers, Bethany Rathert, shares, “Creativity Camp helps me see the world with a more creative perspective. Instead of taking something for what it is, I think about how to make something creative out of it.”

Another camper, Teleri Wilt, shares “My favorite part of Creativity Camp is seeing what’s possible. My team and I sat down on the first day with no plan and no experience. By the end of the week, we had completed a music video.”

This year we appointed team leaders for the first time. A peer camper was in charge of their team of 4–5 people.

This was a learning opportunity for Teleri, who was one of the team leaders. “I was constantly evaluating, are we getting things done? Are we all having fun?” she says.

A second-time camper, Grace Hogsten, shares, “My favorite part of Creativity Camp is learning how to work with different personalities and skillsets on a team. The teamwork aspect of camp is helpful because I do other activities, like student government, where I need skills like that.”

Another camper, Judah Almengor, had never really gotten a chance to work on creative projects with others before. “I enjoyed stretching my boundaries and going outside my comfort zone to work with other people,” he says.

“Creativity Camp taught me when to think and plan and when to actually start doing,” says Teleri. “When you’re creating and practicing, you’re doing it over and over, instead of thinking it over and over. And that’s what makes you more creative.”

High-achieving campers earned awards for the way they embodied the roles in the creative process.

Want to learn more about mentoring millennials? Check out this radio interview.

Ken Kinard was featured on a WJTL talk radio show at Lancaster Bible College in Lancaster, PA. Host Oliver Lehman asked questions about how college students can learn creativity skills when they enter the marketplace. They discussed two kinds of internships and the power of internship and mentoring for millennials.

Preparing Millennials for the Workplace

Hear more of this conversation in part 2 as they discuss how Creativity Camp helps prepare millennials for the workplace.

Recently Ken Kinard was featured on the AHA Business Radio show with Allan Hirsh on CBS AM 1300 in Baltimore, Maryland. Watch to hear what motivates us to get up in the morning, how Accent Interactive got started, and more about our latest program, Creativity Labs.

We are excited about offering our Creativity Labs workshop called A Creative Kick in the Pants on Thursday, December 8, 2016 in Timonium, Maryland. This is a great opportunity to learn more about how your creativity can boost your bottom line.

For more information and to register, visit https://creativitylabs.us/labs/creative-kick-in-the-pants/. 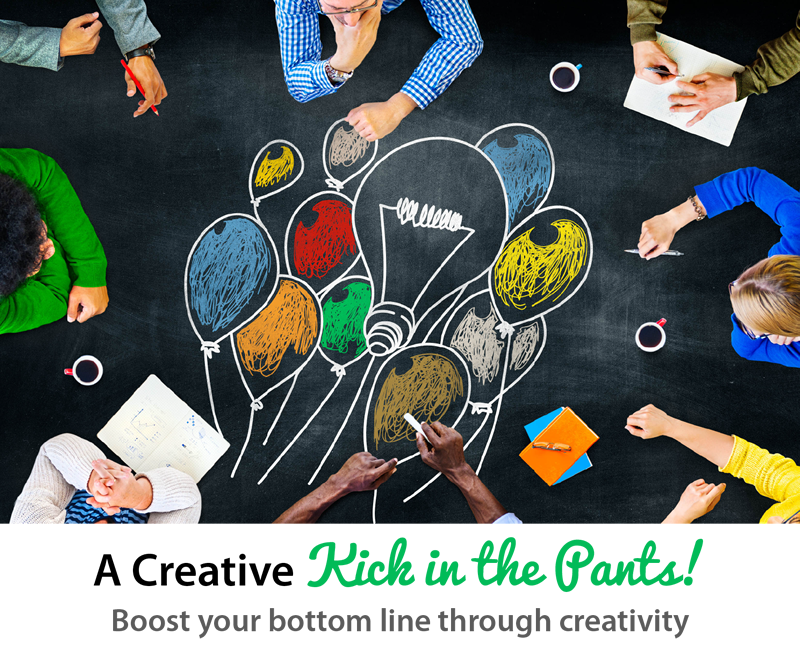 MNS Group, an IT service provider, wanted to help computer users create stronger, more memorable passwords. And they wanted to communicate in a fresh, creative way. Inspired by a comic they saw, they decided to create their own version. We helped them develop this bold graphic with a new style.

One challenge was to create a 3D appearance in a 2D plane. Our multimedia artist Chris explained how he achieved this effect. “I used different weights of stroke. The greater the variance in stroke weights, the greater the perceived depth.”

Another challenge was matching the character’s facial expression with his thoughts. “I wanted you to see what the guy was thinking even without the thought bubble,” said Chris. He drew and tweaked the character’s face to capture just the right emotion.

People are hopefully more likely to change their password after reading the comic, as compared to just reading an article. The comic is a powerful medium because of these advantages:

Think about your own business. What important marketing messages could you communicate in a special way? Creating something iconic that is shareable, educational, and entertaining will help your message really stand out.

If you are trying to make a bigger impact with your marketing, let’s connect. We can show you how creativity means business.

Introducing Creativity Labs, an experiential learning community. Join creatives at Accent Interactive in a fun way to enhance your own creative potential. It’s for people who take their creative gift seriously enough to nurture it, to challenge it, to take it out on a date. If your creative work is important, then Creativity Labs (or something like it) may be for you.

Get more information at www.creativitylabs.us.

Announcing a new 6-week class: Photoshop for Designers and Photographers. Co-taught by Ken and Chris, this class is designed as an introduction for beginners and intermediate users. If you have dipped your toe into Photoshop and wanted to go deeper, or want to expand your skills to become more marketable, this class is for you. 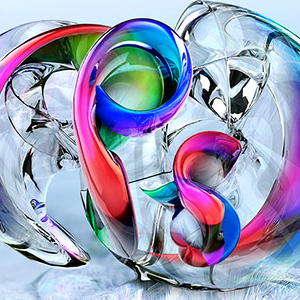 Hands-on training in a small class is the best way to learn at your own pace.

$190 due at signup. Bring your laptop with Photoshop loaded and ready to go.

Update: this class is now half full but we have a few more spots left. Sign up now to reserve your space.

If you don’t have Photoshop CC, you can get a free 30-day trial, or sign up for a monthly subscription at www.adobe.com for $10/month.

How do you feel when faced with a “blank slate?” Scared? Excited? Challenged? Our blank slate was a two-car garage, and it brought out those emotions and more. But after a few hectic, dusty, noisy months, that blank slate is a functional and fun creativity studio.

Our new studio means we can serve you in a whole new way. Instead of telling you about it, here’s a guided tour to show you what we mean. 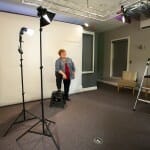 Most offices are not conducive to photography. They lack open space, a good spot for a large backdrop, and flexible lighting. You want a photographer whose space makes the photos great. 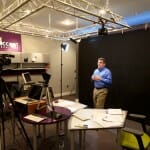 Almost no office is quiet enough for a sensitive microphone. Yet quiet is exactly what you want when creating a video to promote your business. You also want high ceilings and ample space that’s free of cord and cable clutter. And easy and flexible set-up for mics, lights, and backdrops. Add an interruption-free zone and you have the ideal environment for your video project. 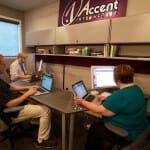 Creative work thrives in a flexible work environment. At the beginning of the creative process, the space should encourage brainstorming and free association of ideas. During heads-down creating, artists need freedom from distraction and the ability to concentrate. But they also need easy access to team members who can get them out of a jam. And in the final refinement stage, a collaborative environment can energize the critique and give a fresh perspective on the project. 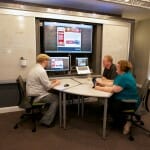 Over the years we’ve noticed that the space we work in with clients has a dramatic impact on the projects we create. Good flow in a room promotes a good flow of ideas. Clients can now walk around, write on the board, and access ample monitors. Furniture can be rearranged in a flash to promote focused one-on-one consulting, brainstorming trios, or room-wide eye contact. Accessible tools ensure that ideas get captured. The environment is set for asking good questions, proposing / defending / capturing ideas, processing, summarizing, and assigning tasks. All this plus a good beverage selection! 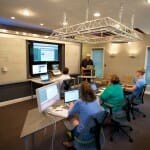 Gone are green chalkboards and wooden writing desks. Today’s learning environment for creatives must put the right technology in the right hands at the right time. Creativity students need to see what others are working on and be able to show the class what they are doing. 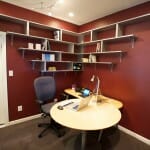 Nothing kills the creative process more than an interruption at the wrong time. When the main studio is jumping with the energy of a video shoot, a writer or designer can retreat to the office for quiet and concentration.

We also use this space for creativity coaching. Clients appreciate the confidentiality provided by a private space with sound-proof walls. 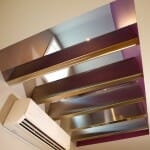 Function trumps beauty, but beauty inspires. It’s important to bring inspiration as close as possible to the hub of creativity.

When we first stood and stared at that empty garage, we envisioned a space that responds to the changing needs of business and enlivens collaboration.

We hope this space can help generate the energy and ideas that will grow your business not just today, but into the future. We are looking forward to working with you here soon. Bring us a challenge. 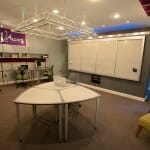 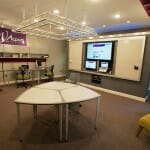 A tailor-fit website helps your unique business stand out.

Which response will help your business succeed through COVID-19 and beyond?