Legend has it that Hemingway once livened up lunch at the famous Algonquin Round Table by claiming he could write a story in just six words. Not a jingle, not a headline, not a summary, but a story with a beginning, middle, and end. He challenged the other writers at the table to ante up ten dollars each and, if he was wrong, he would match their wagers. The words he quickly penned on a napkin were “For sale: baby shoes, never worn.” Presumably, Hemingway made some money that day.

The Hemingway story may be literary legend, but the six-word story stuck. In 2006, the online magazine Smith resurrected Hemingway’s challenge and asked its readers for six-word memoirs. The challenge soon exploded into books, websites, competitions, and six-second videos. This month NPR invited listeners to submit their thoughts on race and cultural identity as six-word stories. And also this month, the Accent Interactive team took on its own six-word story challenge.

Play with a Purpose 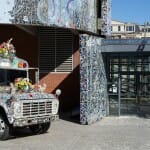 Our first team Creativity Date took us to the flamboyant American Visionary Art Museum in Baltimore.

We were on our first Creativity Date (our version of an Artist Date but for teams). Our destination: Baltimore’s American Visionary Art Museum, which was featuring an exhibit on storytelling.

Enroute to the museum, we’d identified four essential elements of a story:

Now we were on a treasure hunt of sorts, looking for those elements in the visual stories before us.

Tucked in a corner of the exhibit was a sign about six-word stories and a painting one woman created from her story. The challenge was irresistible: Could we possibly capture all four elements of a story in six words? We paired off, found a quiet cranny, and studied two photographs on our iPads. We had five minutes to come up with the six-word story unfolding in each of the photos before us. Click each image to see what happened. 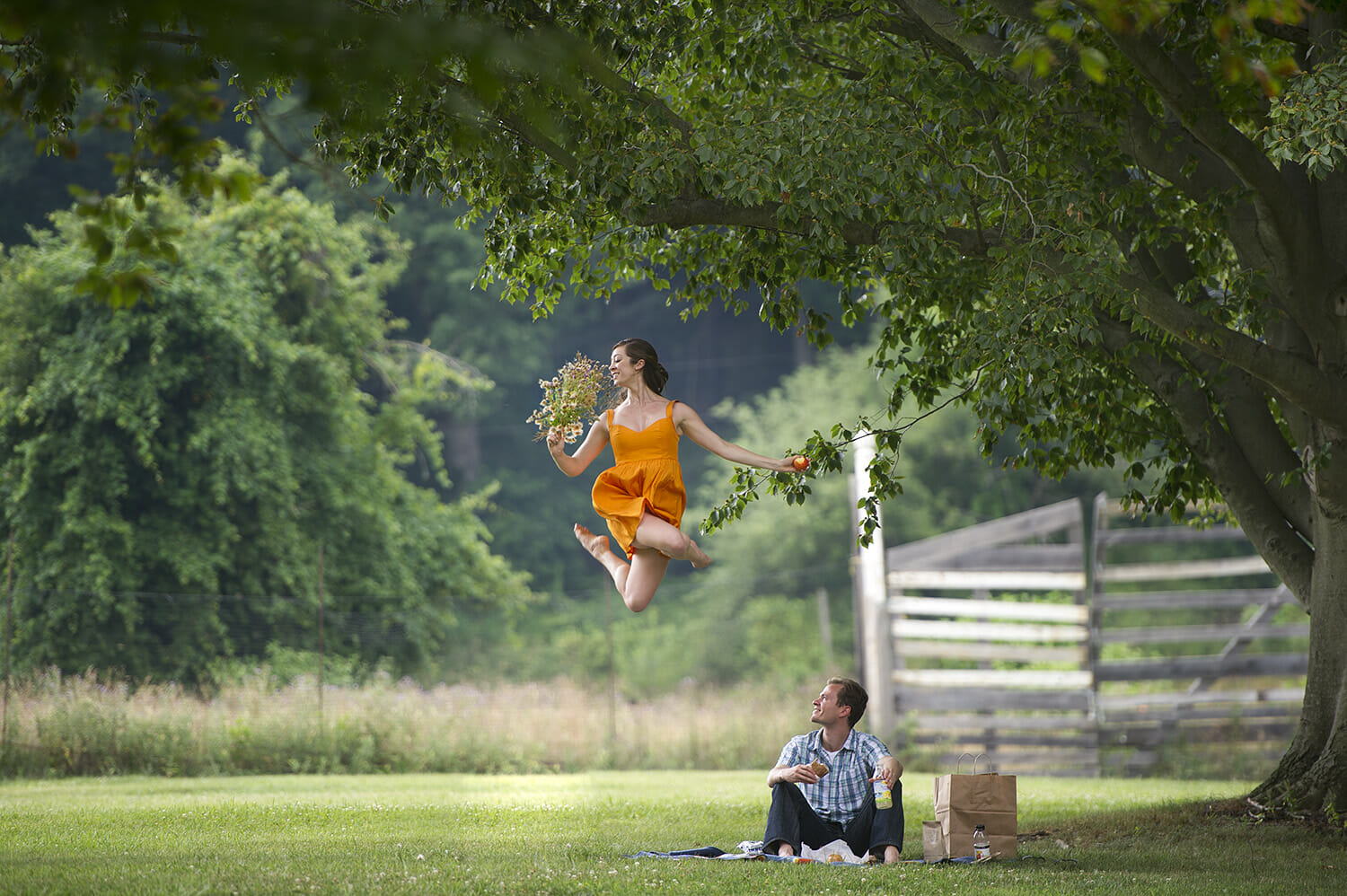 Our six-word story challenge was a blast, but it wasn’t only that. It was a smart business move.

Jay Conger, the Henry R. Kravis Research Chair in Leadership Studies at Claremont McKenna College and consultant on business leadership, is an advocate of storytelling as a business tool:

“Stories have enormous power in terms of recall. If you look at statistics, or at PowerPoint, or at documents, what you discover from all the research is that there is almost no recall. What will be remembered are a few compelling stories that you share with your organization and with your team. And those will guide them when they are far away from you—which, by the way, is much of the day.”

So how might you bring freshness to your typical business functions through six-word stories?

Imagine your department managers giving their reports in the form of six-word stories. OK, so you may want to augment those stories with P&L statements and pie charts. But a month later, the story is what will still be sticky.

How could you tell the story of your company in six words? Even more intriguing, what six-word story would your employees tell about your company?

What do you remember from that three-hour debriefing about last year’s product launch? What would the impact be on your team if you distilled the lessons learned into six-word stories?

If you asked your team members to come up with six-word stories, what kind of responses might you get? Expect resistance, maybe even panic! But also expect surprisingly entertaining and effective results.

Expect, too, to be surprised by who tells the most compelling stories. Our man-of-few-words, tech wizard Tait, was crowned King of the Six-Word Story by the end of our Creativity Date. His steel-trap mind could look at a photo and capture its essence before the writerly types among us had settled on the name of the protagonist. Enjoy discovering the storytellers on your team.

It’s pretty easy to write six-word slogans or six-word goals. But stories are another matter. Incorporating the elements of story—life out of whack, protagonist, antagonist, resolution—forces you to explore meaning in what’s occurring in your business. Your gut tells you that even though the protagonist got life back in balance this time, it’s gonna get knocked out of whack again soon. And then what? What will motivate you to fight another day? Pie charts? Or stories about how you weathered that mess back in 2009?

A week after our Creative Date, our team members wrote their own six-word stories about the day. Here’s a sampling. How did we do? Can you find the essential elements of a story in them?

Which response will help your business succeed through COVID-19 and beyond?

Congrats to our client for winning their franchise's national 2019 Marketing Excellence Award!

Need a brochure? Consider these creative options that aren't trifolds.

Our biggest and most ambitious Creativity Camp ever.